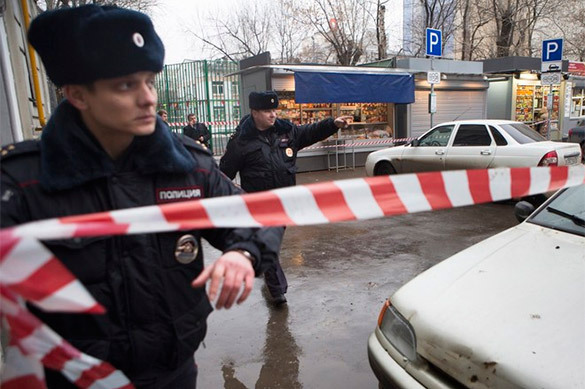 Explosions occurred near the police building in the morning of April 11 in the Novoselitsky district of the Stavropol region in Russia's south.

According to eyewitnesses, after the first explosion gunfire followed, and several other explosions occurred afterwards.

"Three suicide bombers blew themselves up near the police building. The terrorists were killed. Five explosions occurred," a source told RIA Novosti.

Another terrorist attempted to penetrate into the building, but was killed, the source added.

"There are fragments of human bodies on the doorway and nearby. We do not know yet how many people were killed in this attack," an official said.

Reportedly, no civilians were either killed or hurt in the attack.