On March 29, an aircraft of EgyptAir airline, flying from Alexandria to Cairo, was hijacked  and landed in Larnaca, Cyprus. 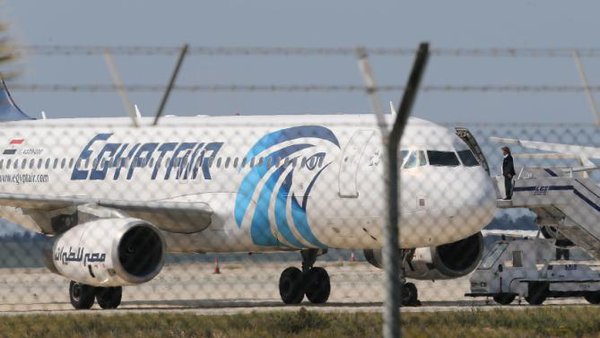 The press service of the airline said that the hijackers requested permission to land at the airport of Larnaca in Cyprus. According to the BBC, the plane landed safely at the airport, but it still remains unknown who seized the plane and what requirements they set forth.

According to CNN Greece, the A320 has 81 passengers on board.

Greek publication Protothema reports that the hijackers announced their intention to release women and children of Egyptian citizenship.

The Associated Press, citing an unnamed Cypriot official, reported that there could be a bomb on board the plane.

The airport of Larnaca is closed due to the landing of the hijacked aircraft. All arriving flights are diverted to other airports, particularly in the city of Paphos.

Officials at the Russian Embassy in Cyprus said that there are no Russians on board the captured A320, TASS reports.

According to Reuters, at least one person on board may be armed.

The hijackers have released 50 passengers. It is believed that they are Egyptian women and children. An official representative of EgyptAir said that there were only four passengers left on board the aircraft: citizens of the USA, the UK and the crew members.

According to Greek publications, there is only one hijacker on board. Reportedly, the terrorist is willing to send a four-page letter in Arabic to a woman, who lives in Cyprus.