The US Embassy warned US citizens against an impending terrorist attack in Ankara back on March 11. 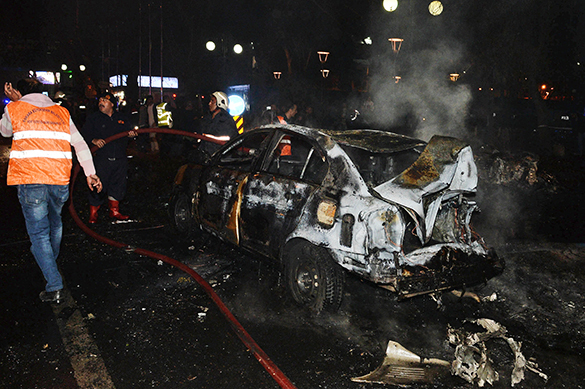 A deadly blast ripped through ha busy area in the Turkish capital of Ankara on March 13, killing at least 34 and injuring 125. No one has claimed responsibility for the attack yet, although the Islamic State is believed to be behind the attack.

On March 11, the US embassy published a warning about a possible terrorist attack in Turkey. The blast occurred at about 6:30-6:45 p.m. local time in the central part of the Turkish capital, on the main avenue, where there is a metro station and a bus stop,. According to witnesses, the explosion occurred very close to the bus stop. The bomb exploded at a busy hour of Sunday night, when there were many people going to shops, cafes and open restaurants.

Noteworthy, Director of the US Defense Intelligence Agency, Vincent Stewart, warned a while back that the Islamic State terrorist group would attempt to commit terrorist acts in Europe and the US in 2016.