An explosion in the Maldivian president's speedboat took place this morning. 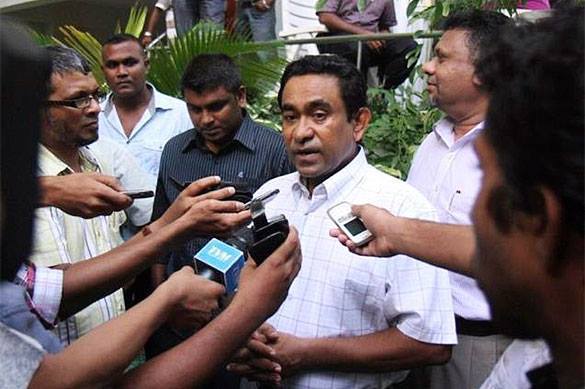 Abdulla Yameen, Head of the Republic, his wife Fathmath Ibrahim, as well as presidential aide were coming back from the Saudi Arabia after having performed the hajj pilgrimage in Mecca.

The speedboat was approaching the quay in the capital of the island country Malé, as the explosion took place. Maldives Independent reported that Yameen himself was not injured, while his wife and aide got got minor injuries.

"It was a relatively large blast. The explosion could be heard a few blocks away. Part of the roof, the speedboat's housing, fell in, so fortunately there was no suffocation related injuries," President's Office Minister Mohamed Hussain Shareef said.

Pravda.Ru reported that this year pilgrimage in Mecca during the main Muslim holidays of Eid al-Adha took lives of about 2,000 people.