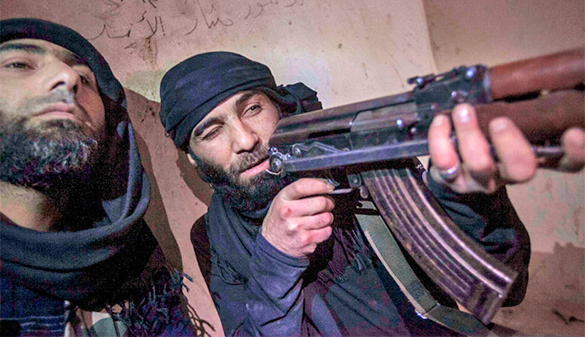 A horrific video showing atrocities and brutality of ISIS militants has appeared on the Internet. The video shows terrorists publicly executing an elderly woman, who appeared in public wearing a red jacket, Pravda.Ru reports.

In the video, one can see that the woman being killed is of respectable age. At first, she tried to reason with the terrorists, but then Sharia laws and violence prevailed. She knelt down to be shot in the head in public.

Militants of this group are known for their cruelty against women. In western Iraq, they executed 150 women, who refused to have sex with them, Pravda.Ru says.

One of the leaders of the Islamic State terrorist group, Abu Anas al-Liby, ordered to kill about 150 women, including pregnant women and minors, Iraqi officials said.

Previously, another blood-chilling video appeared on the Internet, in which a father stones his own daughter to death.