Ukrainian Army loses over 3,000 in Debaltsevo

Representatives of the self-proclaimed People's Republic of Donetsk said today that the losses of the Ukrainian Army during the military operation in Debaltsevo have amounted to over 3,000 people. 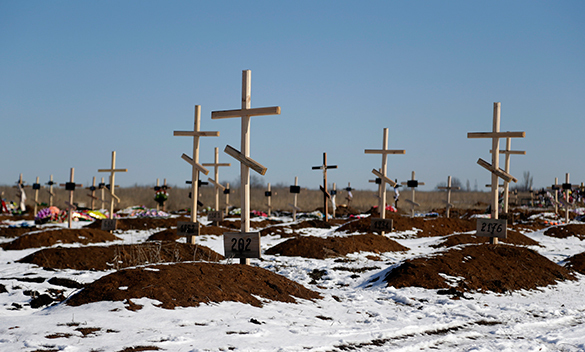 "In total, 3,048 people have been killed," a representative of the Defense Ministry of the breakaway republic told Interfax, Pravda.Ru reports.

According to the official, the Ukrainian security forces have opened fire on the town three times in the recent 24 hours.

According to German special services, over 50,000 people have been killed as a result of the war in Donbass as of February 2015, Pravda.Ru says.

Meanwhile, permanent representative of the People's Republic of Donetsk, Denis Pushilin, named the conditions, under which the republic could remain in the structure of Ukraine.

"Everything is written in the "Complex of measures to execute the Minsk Agreements." After Ukraine executes all the terms of the agreements, then we will have a whole new country. The question of federalization, autonomy and centralization will be solved upon coordination with our party. If it is a single country, it will be a different country, without corruption, oligarchs. All these amendments to the Constitutions will be coordinated with us," Pushilin said, Pravda.Ru reports.

Earlier, Igor Plotnitsky, the head of the People's Republic of Lugansk, said that the republic could return to Ukraine, if the latter conducted reforms to become a new country, the new Ukraine, Pravda.Ru reports.