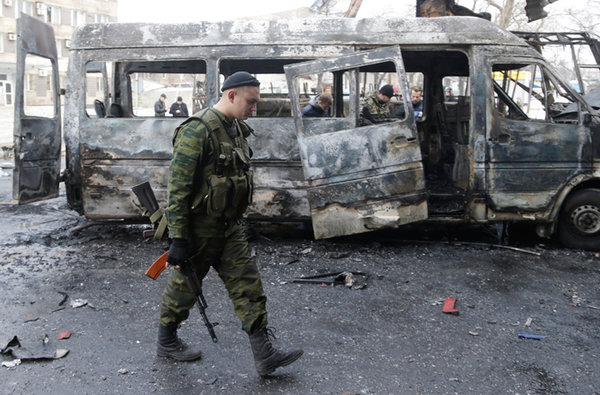 Ukrainian artillery was shelling Donetsk throughout the whole day and into the night. Explosions could be heard in all parts of the city. The village of Gorlovka came under fire as well, five civilians were wounded. The village of Bryanka that in the Luhansk region was shelled as well.

Several shells exploded again on the territory of the coking plant in Avdiivka. Representatives for militia forces say that Kiev has been concentrating military forces to the north of Donetsk, Russia 24 reports.

At first, militias reported about the death of three people near Donetsk. According to preliminary data, three were killed, at least ten were injured, Interfax reports.