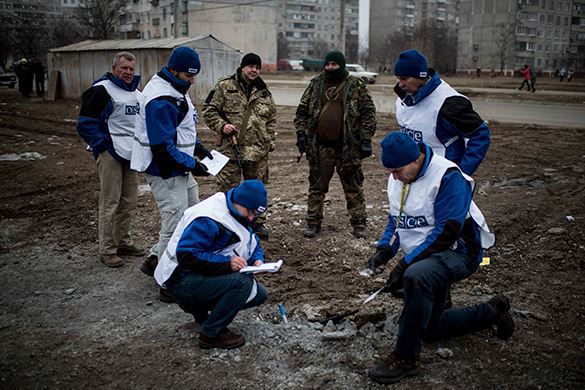 The head of the special observer mission of the OSCE in Ukraine, Ertugrul Apakan, condemned the shelling of residential areas of Donetsk by Ukrainian security forces and urged all sides to take efforts to cease the destruction of the city.

"Initial reports indicate that a large number of civilians were killed and wounded yesterday with the shells that had been launched to destroy internal parts of the city of Donetsk," RIA Novosti reports with reference to the information published on the OSCE website.

"Yet again, innocent civilians have been impacted by the crisis, and yet again we are seeing more bloodshed," said Apakan. "It should be understood that the main outcome of such violence is a surge in human suffering. I urge all sides to exercise maximum restraint, and fully assume their responsibility to prevent further displacement and suffering, and to redouble their efforts to reach a political settlement," he said.

Meanwhile, it has been reported that the Ukrainian troops continue shelling the city of Donetsk and the town of Makeyevka.