Donetsk and Luhansk militia to continue offensive against Kiev troops 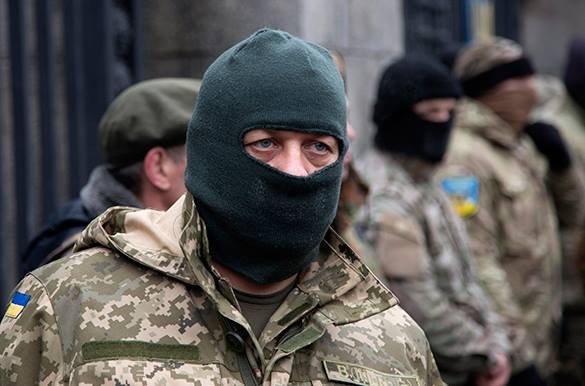 The two breakaway republics of Donetsk and Luhansk reserve the right to continue the offensive to the borders of neighboring Ukrainian regions in the event the peace talks fail and Kiev continues shelling the territories of the DPR and LPR, authorized representative of the DPR, Denis Pushilin, stated at the meeting of the contact group for the solution of the Ukrainian crisis.

"It depends on the Ukrainian side, and their negotiability. Furthermore, if in the future the peace process fails, and the shelling is resumed, we, LPR and DPR, reserve the right to reach the line of former Donetsk and Luhansk regions," said Pushilin.

on a Ukrainian television channel that the General Staff of the country was going to hand over the town of Schastye (Happiness) to militia for quite an amount of money. Melnychuk did not provide any evidence or further details to substantiate his statement.

"There is information that the General Staff has received a lot of money to deliver the town of Schastye. They have no interest in the town itself, but in the local heating and power plant. If we surrender this station, it will mean that Luhansk will be left without electricity," Melnychuk said.

Reporters asked the military man where he received the information from, but he only said that he had contacted an employee at the Ukrainian Security Bureau. The official did not specify either the amount of the deal, nor did he unveil any names.