The Ukrainian security forces leave their positions at the new terminal of the Donetsk airport, a representative of the General Staff of Ukraine Vladislav Seleznev said Thursday. 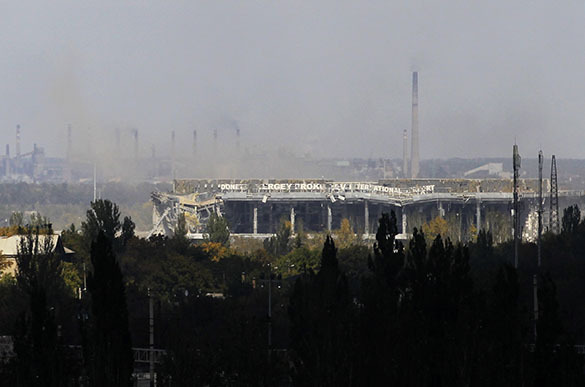 The press center of the Ukrainian security forces also said that clashes in the area of the airport of Donetsk continued. "The areas of the Donetsk airport, as well as the 29th and 31st checkpoints remain the areas of most intense fighting," a report from the center said.

Ukrainian security forces intensified the shelling of Donetsk on January 18. Kiev officially acknowledged that there was a large-scale security operation being conducted in the area of the airport. The head of the self-proclaimed People's Republic of Donetsk Alexander Zakharchenko accused Kiev of violating the truce. Deputy Foreign Minister of the Russian Federation, Grigory Karasin, told RIA Novosti, that the events that have been taking place in Ukraine during the recent days confirmed most serious concerns about Kiev's intention to resolve the situation in the Donbass militarily.