The French police stormed the publishing house some 50 kilometers north of Paris, where Said and Cherif Kouachi brothers, as well as their hostage, took refuge. At the same time, the police stormed a kosher food store, where another suspect of the attack on the office of satirical journal Charlie Hebdo held several people hostage. 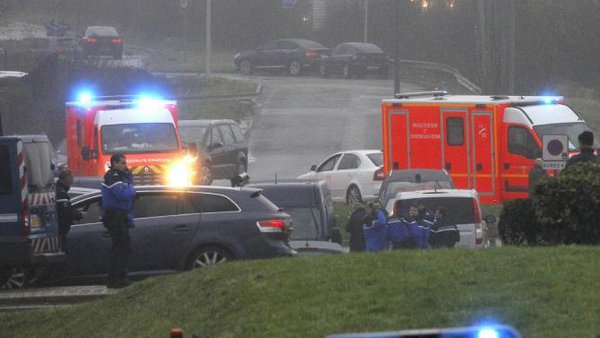 The special operations lasted for only a few minutes. As a result of the operations, Kouachi brothers were killed. It was said that the terrorists in the publishing house showed resistance to the police, but were destroyed. The only hostage was released. One soldier was wounded.

Earlier, it was reported that there were explosions heard in the area of the publishing house.

As for the hostage crisis near the food store, explosions and gunfire shots were also heard there too. Reporters counted six explosions.

Four hostages were killed during the siege of the food store in a town near Paris. The attacker himself was killed too. The terrorist took several people hostage in a food store on Friday afternoon in a move to support to Kouachi brothers. It was said that that the attacker killed three people in the food store prior to the siege and then killed another hostage during the storm.

It has just been reported that terrorists took more people hostage in a jewelry store in the town of Montpellier in the south of France. For the time being, there are no other details to this report.