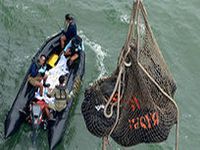 Many are the countries that like to show off and claim to the world that they have invested this, donated that, while their aid carries their national flags in gory colors. Russia is one of those countries which prefers to offer aid in a dignified and discreet manner.

As regards AirAsia, Russia has sent one aircraft and twenty-two divers, this from January 2 after a request from the Indonesian Government. In 2004 after the devastating tsunami, the Russian field hospital was among the first items of foreign aid to arrive, totally ignored by the western Press and also not announced by Russia, because Moscow does not consider it proper to boast about foreign aid delivered.