Slavery in the Republic of Korea (South) 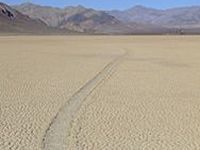 A recent investigation by AP has uncovered the shocking story of the slaves working in the salt mines on the salt islands off the southern point of South Korea. Among the slaves was a severely disabled man held for eight years, forced to live in a shack, beaten daily. Many of the slaves, states the report, are mentally or physically handicapped.

This is the fifth such scandal in recent years, during which time scores of disabled people have been freed from slavery and abominable living conditions. What does South Korea do?

It blames the North for everything. What was that about casting the first stone?