Air Asia missing with 161 on board

Sunday December 28. Indonesia Air Asia Airbus A320-216, flight number 8501 disappeared this morning over the Java Sea when flying from Surabaya-Juanda (SUB) to Singapore. 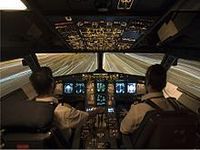 The flight took off on time at 05.35 local time and went missing at 07.24 and at the time of loss of contact, the aircraft was deviating from its original flight path supposedly due to bad weather. The aircraft made its maiden flight on 2008.09.25 and was carrying 155 passengers and 6 crew. The normal flying time between the two airports is 2 hours and 13 minutes. Given that a flight of this type would typically be carrying 4 hours of fuel, and given that it is now over six hours late, the likelihood is that it has ditched in the sea off the Singapore coast.

One possibility is that the aircraft was trying to deal with icing conditions as its pitot tubes froze up and the information given to the cockpit was unclear. A similar situation is believed to have caused the crash of Air France 447 which crashed on its flight from Rio de Janeiro to Paris in 2009. Given that this possibility is the case, after the stall signal is activated, the pilots should push the nose down, gathering airflow over the wings and allowing the aerodynamics of the structure to stabilize. What happened in the case of Air France 447, was that the less experienced pilot flying, the First Officer, was pushing the nose up, causing the aircraft to go into aerodynamic stall and literally fall 38.000 feet in three point five minutes with its tail pointing downwards.