Beslan in Pakistan: Over 100 children killed in terrorist attack at Peshawar school

All educational institutions in Pakistan were taken under heavy guard after militants captured a school in Peshawar, a representative of the Ministry for Internal Affairs of the Islamic Republic said. 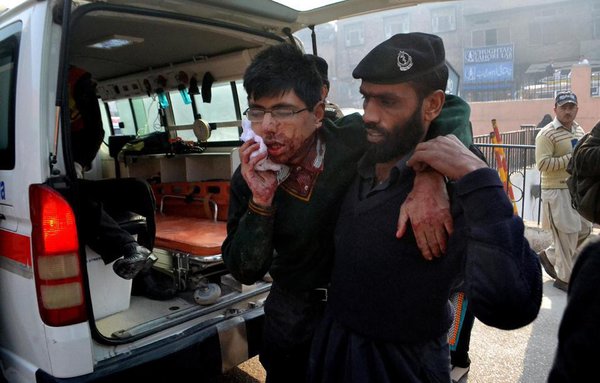 "All schools and other educational institutions in the country have been taken under protection. We fear that terrorists prepare new attacks against our children," the official said.

According to specified reports, as many as 100 people, most of them children, were killed after Talib fighters seized a school in Peshawar. Many students were taken to hospital in critical condition, some of them have lethal wounds, such as gunshot wounds to the head. Security forces cordon off the area around the school. Reportedly, there were up to 500 students and teachers in the seized building, but most of them were able to escape from the building to safety.

Tehreek-e-Taliban movement claimed responsibility for the terrorist attack in Pakistan. As was previously reported, there were six armed militants in the building. The terrorists wore suicide belts. They were armed with grenades and automatic weapons. All of them were killed in the siege.

Pakistan declared three days of national mourning for victims of the attack.

"We chose that school, because the government is waging a war against our families and our women," a Taliban representative, Muhammad Omar Horasani said, India Today reports.

Students were taking exams during the time of the attack. Most students are children under 16 years of age, many of them come from families of military men.

According to Horasani, the terrorist attack was an act of revenge for the operation against the Taliban movement that the army of Pakistan had been conducting since June in North Waziristan.