Ukraine will not withdraw troops from south-east 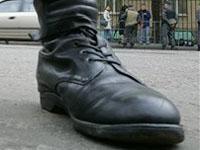 The new Ukrainian government said that it would not withdraw troops from the south-eastern regions of the country, despite the agreement reached in Geneva.

Acting Ukrainian Foreign Minister Andrei Deshchytsa said after the quadripartite meeting between representatives of Russia, the U.S., EU and Ukraine that "the Ukrainian government approved the anti-terrorist operation in the regions that were affected by extremist and terrorist activities." According to him, "the troops that were sent there are located on the territory of Ukraine." "We should not withdraw them from there," he said.

Deshchyitsa noted that the presence of troops in the south-east of Ukraine did not necessarily mean that they would be used. "Of course, they may not be used in operations if the situation de-escalated," he said.