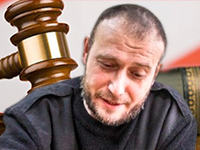 On March 1, nationalist leader of the notorious organization, Dmitry Yarosh, called Chechen terrorist Doku Umarov to support anti-Russian forces in Ukraine. The appeal was posted on the page of the Right Sector in Vkontakte social network.

"The Ukrainians have always supported the liberation struggle of Chechen and other peoples of the Caucasus. Now it's time for you to support Ukraine. As the leader of Right Sector, I urge you to intensify the struggle. Russia is not as strong as it seems," Yarosh wrote.

Later, a representative of the Right Sector, Artyom Skoropadsky, denied the information about the appeal to the Chechen terrorist leader, explaining that the post appeared after a hacking attack.