Tatarstan investigates the causes that led to the crash of Boeing-737-500 of Tatarstan Airline that claimed the lives of 50 people. The Investigative Committee said that major versions of the crash are pilot error and technical factors, including equipment failure, the head of the Volga Investigation Department for Transport, Alexander Poltinin told reporters. 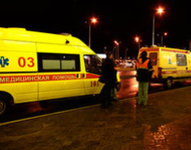 According to investigators, the plane fell almost vertically between the runway and taxiway. The explosion of fuel tanks led to fire that was completely extinguished only by early morning.

The official said that the crew, for some strange reason, took the plane for another round of landing. It is now necessary to find out why the pilots were not able to land an airliner during the first try.

The flight control officers, who were monitoring the landing of the crashed airline, had been questioned. Air traffic controller Kirill Kornishin told Russia 24 TV Channel that one of the pilots reported that the aircraft was going to the second round of landing. "And I gave him the climb - just like on the documents - that's all. And he said that he had a non-landing configuration. I gave him the climb, like it should be. He confirmed, but he didn't go. Then it happened in a few seconds," said the officer.

According to Alexander Poltinin, investigators had already extracted technical fluids,  including aviation fuel and lubricants used for the maintenance of the crashed plane. All the documents on the technical condition of the aircraft and pilot training had been withdrawn from Tatarstan Airline.

Fifty people were killed as a result of the crash of Boeing 737 on Sunday evening at Kazan airport - 44 passengers and six crew members. Among the victims, there are two foreigners, British citizen Donna Carolina Bull, born in 1960, and Margaret Oshurkova of Ukraine, born in 1958.

First Deputy Chairman of the State Duma Committee for Transport, Mikhail Bryachak, considers the technical failure of the plane the least likely cause of the tragedy. "This aircraft, Boeing-737, is considered one of the most reliable aircraft in the world. Therefore, the human factor is the most likely reason. I think that this will be the conclusion that investigative commissions will come to," he said.

According to one theory, when approaching the ground, the plane's wingtip  touched the surface of the airfield.

Many experts consider it premature to name the possible cause of the disaster.