17:06
WP: EU сomplies with Russian demand to pay for gas in rubles
17:02
Broadcom buys VMware for $61 billion
16:45
Ganesh Acharya: 'There is immense talent In India'
15:11
Ukraine demands to impose sanctions against Belarus calling it co-agressor
21:39
EU offers Ukraine to give away some territories to Russia to end conflict
21:12
Horoscope for May 26, 2022
20:17
Passenger bus crushes teenager to death in India
Author`s name Pravda.Ru 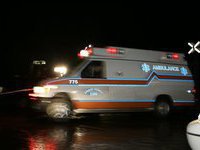 Russian tourist Elena Markova, who died on Wednesday after falling from the balcony of her hotel room in the town of Manavgat, Turkey, probably slipped on the wet floor, officials with the Department of Culture and Tourism of Antalya said.

The tragedy occurred at 3 a.m. in the morning. The tourist was taken to the hospital of Side, where the 41-year-old woman died despite doctors' efforts.

According to representative of the Turkish ministry, the investigation of the incident was completed. The case will soon be handed over to the Russian Consulate General in Antalya.