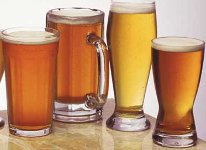 Three people were injured in a shootout in a grocery store in Russia's Vladivostok.

The incident occurred on July 10 overnight at a grocery store on Marchenko Street. According to preliminary data, the conflict occurred when a married couple, being in a state of alcoholic intoxicated, demanded the store owner should sell them beer. The store was about to close, and the owner refused the customers. In response, the male customer pulled out a traumatic gun. The seller also was armed.

As a result, all three members of the shootout were wounded and currently undergo out-patient treatment.