Doku Umarov is planning to attack the Olympic Sochi during the Winter Games in 2014. Russian security services are taking action already. 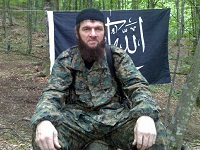 In a video message, the terrorist leader stated that he was ready to lift the moratorium on operations in Russia for the sake of such an opportunity. The terrorist clearly expressed his intention to disrupt the Sochi Games.

The National Anti-Terrorist Committee said that Russian law enforcement agencies were taking all necessary security measures to ensure safety for everyone who would be visiting Olympic venues.

At the moment, Doku Umarov, remains on the federal wanted list. His group claimed responsibility for major terrorist attacks that had been committed in Russia during the recent years: the explosion of Nevsky Express train, blasts in the Moscow metro and Domodedovo Airport.