Israeli Prime Minister Benjamin Netanyahu demanded Iran should close down all uranium enrichment programs and to destroy the results that had been achieved so far. In addition, Israel wants Iran to close the plant in Qom, reports the Times of Israel. 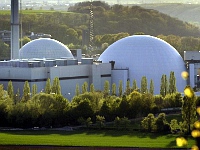 On Thursday, Netanyahu asked Catherine Ashton, EU representative for foreign affairs and security policy, to put adequate pressure on Iran. In a conversation with Ashton, Netanyahu said that he expected more stringent requirements with respect to Iran. According to him, the EU should recognize Hezbollah a terrorist organization.

Ashton said that Netanyahu's opinion was very important to her. She arrived in Israel on Wednesday as part of a business trip to the Middle East. Meanwhile, the relations between Israel and the European Union remain cold.

On Monday, the new president of Iran, reformer Hassan Rohani, said that he would strive for greater transparency of Iran's nuclear program, but he was not going to close the program.