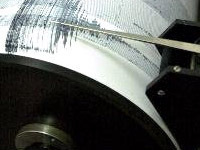 Residents of Siberia experienced strong tremors on the morning of June 19th. The magnitude of the quake measured 5.3 points. The Kemerovo region suffered most.

Tremors of the Earth's crust were registered in the area of Salair Ridge, the Belov and Guriev districts of the Kuzbass region. Residents of Kemerovo, Novokuznetsk, Prokopyevsk and Lenin-Kuznetsk could feel the earthquake most.

The Kemerovo region is one of Russia's most important industrial regions, with some of the world's largest deposits of coal. The south of the region is dominated by metallurgy and the mining industry, as well as mechanical engineering and chemical production.