At least 12 Israeli military aircraft entered the airspace of Lebanon during 24 hours and flew low over the ground in southern villages. It was also reported that an air raid took place on the border of Syria and Lebanon, according to Reuters. 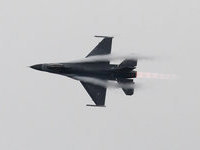 Lebanon's military command announced that there was air invasion of the territory of the country.

Lebanese security officials have expressed concerns about the increased activity of Israeli aircraft over their territory. According to them, the last time when the Israeli aircraft were seen was at 2 a.m. Wednesday local time. Four military planes flew above the Lebanese territory in the area of ​​the coastal town of Nakura and circled over village. Eight more similar aircraft were spotted on Tuesday.

A few days ago, Israel redeployed its missile defense weapons to the north, having announced its readiness to conduct a pre-emptive strike on Syria. According to military experts of the country, they want to prevent the delivery of Syrian chemical weapons to Al-Qaeda and Lebanese Shiite militant organization Hezbollah.