A car ran over a Hollywood paparazzi as he was trying to take a good picture of the sports car of the popular Canadian singer Justin Bieber. 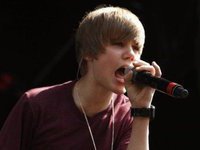 According to the Police of Los Angeles, the tragedy occurred when a patrol officer stopped the singer's white Ferrari for routine checks. At this moment, the photographer parked his vehicle across the street and crossed the road through dense traffic. Afterwards, the paparazzi went onto the traffic way and began to take pictures.

The police officer asked the man to go back to the sidewalk. However, the photographer was so carried away with his work that in a moment he was hit by a passing car. According to the BBC, the man was heading back to his car, also darting across the road, when the tragedy occurred.

The photographer died on the spot. The driver of the car that hit the paparazzi was questioned, but the police decided not to charge him with involuntary manslaughter. The pop singer was not present on the site of the incident. According to media reports, there were his friends traveling in the car.