The police of Thailand have arrested three suspects in the rape of tourists from Russia. The perpetrators have already pleaded guilty to the crime. 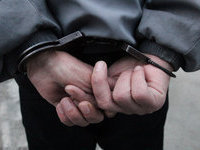 The crime was committed on December 25 in the resort city of Pattaya, when two female residents of Moscow, born in 1982 and 1981, were kidnapped early morning on their way to the hotel. Three previously convicted local residents robbed the girls and then raped them.

The girls were coming back to their hotel from a night club. On the way to the hotel, they were stopped by three men, who, at gunpoint, forced the Russians to get into their car. The tourists cried for help, but no one responded.

Having committed the crime, the three Thais fled, and the Russian woman managed to call for help and get to their hotel. Police detained the suspects.

At a special press conference, law enforcement authorities presented the evidence, which included the items stolen from the Russians.