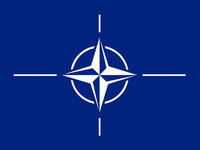 The tragedy occurred on Tuesday, December 4th. Milinkovic jumped off the eight-meter-high parking lot of the airport and died on the spot. The incident occurred at the moment when Serbian diplomats were meeting their colleagues at the airport. The possible reasons, for which Milinkovic committed suicide have not been unveiled, wrote KM.ru.

The 52-year-old diplomat committed suicide two days after NATO headquarters held a meeting of NATO foreign ministers. The night before, the Serbian delegation was to meet with officials of the alliance, according to RBC.

The official, a former journalist, had been representing Belgrade in Brussels since 2004. He was sent to Belgium as a special envoy of the unified state of Serbia and Montenegro. Prior to that, Milinkovic served as a permanent representative to the UN, OSCE and other international organizations. His diplomatic career continued for 12 years.

The meeting of the NATO Council took place in Brussels on December 4th. Foreign ministers of 28 member countries of the North Atlantic Alliance attended the meeting. The meeting approved the deployment of Patriot missile systems on the border between Turkey and Syria. Serbia is not a member of NATO, but it has a permanent delegation to the alliance.