Two explosions took place in Makhachkala, the capital of Dagestan, this morning, Oct. 9. The first explosion was stronger than the one that followed soon afterwards. 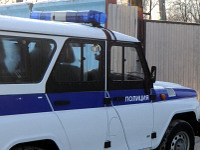 The first explosion occurred at seven o'clock in the morning. According to the law enforcement bodies of the republic, the explosion was so strong that it was heard throughout the city. Five minutes later, a second explosion took place, RIA Dagestan reports. It was not immediately reported what exactly exploded and where.

On Monday, two militants were eliminated in Makhachkala, who opened fire on police officers. The incident occurred in the area of "1000 Small Things" store when police officers tried to stop a VAZ-2110 car, reports BaltInfo. The people sitting inside the car started shooting at the officers.

The passengers and the driver were killed, NTV said. Two of them have been identified. According to the National Anti-Terrorism Committee, they were the militants who were on the federal wanted list for committing serious crimes. Two policemen were injured in the shootout.

The Interior Ministry of Dagestan was quick to announce that there was no double terrorist attack in Makhachkala this morning. It was the military conducting blasting operations outside the city.