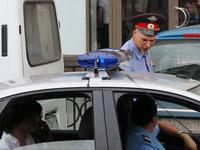 On Thursday, Aug. 23rd, at about 2:45 p.m., four men robbed a "Gazelle" van that was packed with fur coats. According to Rosbalt, police received a call from a female entrepreneur who owned the stolen goods.

The Komsomolskaya Pravda newspaper wrote that on the 16-kilometer of the Moscow Ring Road four armed intruders, who resembled natives of the Caucasus, blocked the way for the "Gazelle" van that was carrying the coats. The malefactors loaded the fur coats to their vehicle and escaped. The entrepreneurs were transporting expensive chinchilla, raccoon, fox, and other valuable fur coats.

According to preliminary estimates, the owner of the goods suffered the damage of about 10 million rubles ($330,000).