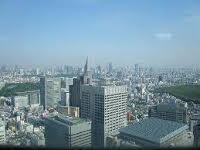 The government of Japan has provided a report about the damage caused by a strong earthquake which rocked the north-east of the country on Friday, March 11. The Associated Press reports with reference to Japanese television that the tsunami wave, triggered by the quake, caused significant destruction in the northern part of the country.

The magnitude of the earthquake, which took place in Japan on Friday, was measured 8.8 on Richter scale. Quakes still continue in the capital, Tokyo. The epicenter of the quake was located 382 kilometers to the north-east off Tokyo, at the depth of 10 kilometers.

Air and railway communication has been disrupted in most of the country, Kyodo News reports. A high-speed motorway in Iwate prefecture partially crashed into the sea because of the quake. Dozens of cars with people inside them fell into the water, Japan's NHK TV channel reports. TV footage showed cars floating in the water. TV hosts urge drivers to urgently leave the coastal parts of highways and park their cars in safe places.

Thick plumes of smoke can be seen rising above Tokyo, RIA Novosti reports.

A tsunami warning was issued for Japan, Taiwan, Russia and the Mariana Islands, the Pacific Tsunami Warning Center said.

Japanese television has shown major tsunami damage in northern Japan on Friday, following an earthquake that has been upgraded to 8.8.

Public broadcaster NHK showed cars, trucks, houses and buildings being swept away by the tsunami in Onahama city in Fukushima prefecture, The Associated Press reports.