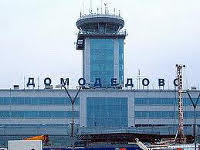 Most likely, it was a suicide terrorist, who conducted the explosion at the airport, Interfax reports. The bomb blew up in the luggage dispensing area of the airport at 16:32 Moscow time. The death toll from the explosion has climbed to 20, RIA Novosti reports.

In the meantime, Moscow hospitals are ready to accept those who have been injured in the attack. Over 20 ER vehicles have departed to the airport.

The power of the bomb has not been determined yet. The Moscow police are checking metro stations and other crowded public places to prevent possible acts of terrorism.

Security at Moscow's two other airports - Vnukovo and Sheremetyevo has been strengthened. The airports are operating in terror threat regime.

UPDATE: According to Vesti.ru, the death toll from the explosion has climbed to 31.