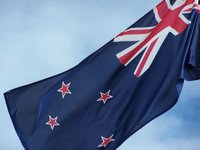 Flags hung at half-staff, churchgoers gathered at special services and lawmakers broke into a solemn hymn in Parliament on Thursday, as New Zealanders mourned 29 men killed in the nation's worst mining disaster in decades.

A huge gas-fueled explosion deep underground Wednesday ended hopes of rescuing the miners, who were caught in a similar blast five days earlier, according to The Associated Press.

New Zealand Prime Minister John Key vowed Thursday "no stone would be left unturned" finding why 29 men perished in a mine explosion that plunged the nation into mourning.

He warned it could take months to recover the bodies of workers entombed in the Pike River colliery after New Zealand's worst mining disaster for almost a century and said grieving relatives were right to question why it happened.

As flags across the country flew at half-mast, Key told the stricken families that all New Zealanders were "deeply sorry" for their loss and he was determined to establish why safety standards failed their loved ones, Sydney Morning Herald reports.