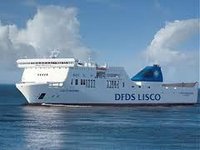 A 650ft ferry set on fire in the Baltic Sea by an explosion on its upper decks is no longer at risk of sinking, officials say. Hundreds of passengers were rescued as firefighting ships sprayed the Lisco Gloria with water to keep it from breaking apart and spilling some 170 tons of fuel.

The 249 people aboard the vessel were collected by six ships, with three taken to hospitals by helicopter for treatment and another 28 suffering minor injuries, Sky News informs.

The ship was travelling to the Lithuanian port of Klaipeda from the German port of Keil at the time of the fire.

It is believed that the fire started in one of the vehicles held in the cargo hold of the ship. Subsequent explosions caused the fire to spread rapidly, Baltic Times reports.