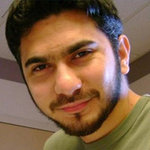 The man who tried to bomb Times Square in May was sentenced to life in prison Tuesday, bringing a quiet end to a case that dramatized what authorities say is a growing threat from domestic and global terrorists.

Faisal Shahzad sparred with the judge and smirked as the sentence was imposed for his failed attempt to detonate an explosives-packed Nissan Pathfinder on May 1 in one of the busiest intersections in New York. "We are only Muslims . . . but if you call us terrorists, we are proud terrorists, and we will keep on terrorizing you," he said, adding that "the defeat of the U.S. is imminent.", Washington Post reports.

A dramatic videotape of an FBI-staged test blast in June demonstrated the firepower of the explosives found inside the vehicle had they detonated. Released last week, the tape became a powerful piece of evidence in the case against the would-be bomber.

Shahzad pleaded guilty June 21 to the 10 terrorism-related charges he faced, speaking at length at that time about his training with the Pakistani Taliban and his determination to "plead guilty 100 times over.", Montreal Gazette informs.