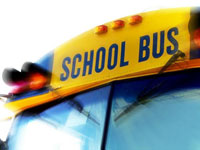 A farmer wielding a hammer attacked kindergarten students Friday, injuring five, before burning himself to death in the third horrific assault on Chinese schools in as many days, The Associated Press reported.

Police identified the attacker as local farmer Wang Yonglai. They said Wang broke into the school on Friday morning by smashing a gate with his motorcycle.

He also injured a teacher who tried to block him, the agency said.

Hospital doctors said the five injured children were all in stable condition with non—life—threatening injuries.

The attack followed another on Thursday in which a middle—aged man stabbed 28 children and three adults at a kindergarten in the eastern province of Jiangsu, leaving at least five people in critical condition, The Hindu reports.