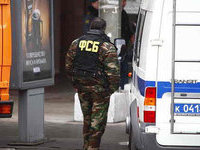 A severed head of a woman, who most likely blew up her bomb belt, was found on the Park Kultury station of the Moscow metro, officials said.

Injuries on other fragments of the woman’s body also show that the bomb was attached to her body.

The remains of the supposed female suicide bomber were found on the Lubyanka station too.

The body fragments have been removed from the site of the tragedy for further analysis. Specialists also study recordings of surveillance cameras. The police are searching for two women who accompanied the two terrorists in the subway.

Author`s name: Editorial Team
World
EU offers Ukraine to give away some territories to Russia to end conflict