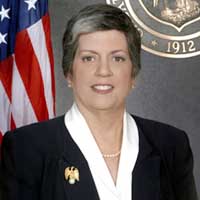 The case highlights a failure of the terrorist watch-list system to adapt to the evolving threat from al Qaeda, said one senior U.S. counterterrorism official. Intelligence reports have said for years that a growing threat comes from al Qaeda sympathizers who may not have a direct connection to its leadership.

It was also reported, three committees in Congress will begin their new year with hearings to determine if security lapses led to the Christmas Day terror attempt on a Northwest Airlines plane bound for Detroit.

Senate Homeland Security and Governmental Affairs Committee Chairman Joe Lieberman will convene a hearing to find out how "a terrorist who evaded our homeland security defenses."

He has said the failed plot has exposed two vulnerabilities in airport security: names of passengers on international flights headed to the United States are checked against a small database of terror suspects and not the nation's broadest list, and not enough passengers are required to go through whole body image scanners that could detect hidden explosives.

"Our Committee's inquiry will focus on identifying information-sharing and analysis gaps as well as any other security breakdowns," Sen. Susan Collins,  the top Republican in the panel, said in a statement, AHN reports.

It's still unclear how "crotch-bomber" Umar Farouk Abdulmutallab smuggled explosives onto Flight 253, but Homeland Security Secretary Janet Napolitano's first public statement on the failed attack — that "the system worked" — was clearly a mistake. Napolitano quickly walked that back, but not before critics from the left, right, and center pounced — some even calling for her to be fired. Given Napolitano's big gaffe, and the apparent security lapse in her TSA, should President Obama start looking for a new Homeland Security chief?

Janet Napolitano has been on the job for less than a year, while the Bush Administration had nearly eight to fix the pre-9/11 air-travel security holes. If we need to point fingers, "there are better scapegoats out there than Janet Napolitano, The Week Magazine reports.