Winter storm is rolling across the central US, bringing chaos to road and air transport from Texas to Minnesota. 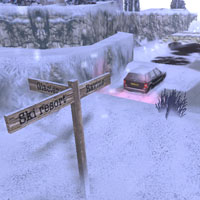 Icy roads were blamed for the deaths of at least 18 people, many of them in Nebraska and Kansas. Some 100 flights leaving Minneapolis were cancelled.

The US weather service said the storm was spanning two-thirds of the country.

It advised against non-essential travel and scores of churches cancelled Christmas services.

Up to 2ft (60cm) of snow was possible in some areas by Christmas Day (Friday), forecasters said, BBC News reports.

It was also reported, the combination of powerful east winds and heavy falling and

blowing snow will result in a very dangerous blizzard at the head of the lakes starting tonight and continuing into Christmas Night.

The main impact of the blizzard will be in the Duluth and Superior areas and along the highway 61 corridor to Silver Bay.

The blizzard will also affect adjacent areas of the south shore. The blizzard conditions are expected to develop by midnight tonight.

This major winter storm will continue to strengthen as it lifts through the central United States today through Christmas Night. The main impacts on the northland are expected to be from this morning into early Saturday, Northland's NewsCenter reports.

Meanwhile, the National Weather Service says driving will be treacherous as winds could reach 40 miles per hour in some areas. The storm is expected to create blinding conditions on some roads.

The storm has been blamed in at least two deaths in Kansas, according to the Wichita Eagle. The Minneapolis Star Tribune reported that one motorist died in an accident caused by icy conditions in Minnesota.

South Dakota Gov. Michael Rounds says that if motorists haven't made it to their holiday destinations by now, they should probably stay put. The governor nixed his holiday plans this year, according to the AP, and will be celebrating in Pierre. He called the storm “a good old-fashioned South Dakota blizzard that we haven't seen in years," Christian Science Monitor reports.