Tuesday night an American Airlines flight with more than 150 people on board overshoot a rain-slicked runway as it landed in Jamaica. 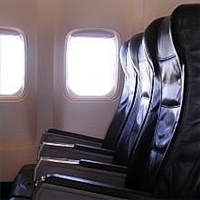 No one was killed in the accident, which knocked off the engines of the Boeing 737-800 and cracked its fuselage, but about 90 passengers were treated for minor injuries at hospitals around Jamaica’s capital, Kingston, according to a statement from Norman Manley International Airport.

Tim Smith, a spokesman for American Airlines, said two of the 148 passengers had been admitted to the hospital for observation. Mr. Smith said he did not know the extent of their injuries, but said they were not life-threatening. Investigators from the United States and Jamaica have begun the work of trying to determine how the airplane overshot the runway, and whether rain and wind played a role in the crash, officials said, The New York Times reports.

It was also reported, the Boeing 737-800, which is one of the airline's newest jet models, had 148 passengers aboard and six crew members, the airline said. There were no fatalities, but a number of people were taken away from the scene for treatment.

The accident highlights the challenges of keeping big jets from running off slick runways in bad weather.

Preliminary reports indicated Flight 331 encountered thunderstorms en route from Miami to Kingston, and some passengers were quoted saying the jet skidded after touchdown and there was panic in the cabin. The jet's fuselage cracked, both engines broke off from the impact and the left main landing gear collapsed, an American Airlines spokesman said.

The National Transportation Safety Board dispatched a team of investigators, including some industry experts, to the scene Wednesday.

In spite of heightened pilot awareness of such dangers, recent advances in cockpit automation to guard against mistakes and increasingly sophisticated and powerful onboard braking systems, runway overruns have become the most frequent category of accidents for commercial aircraft, The Wall Street Journal reports.

Meanwhile, winds at the Kingston airport were reported blowing from the north-northwest at about 13 miles per hour at 10 p.m. and 11 p.m. yesterday, according to the U.S. National Weather Service.

“It’s probably the most challenging situation” a pilot can face, Cordle said.

Runway overshoots can be deadly.

In July 2007, all 186 passengers and crew on board a TAM SA Airbus SAS A320 died when the plane slid off the end of the runway at Sao Paulo’s Congonhas airport, crossed a highway and slammed into a building before bursting into flames, BusinessWeek reports.