A senior Pakistani Taliban commander has said he has sent thousands of fighters into neighbouring Afghanistan to counter the rising level of US troops. 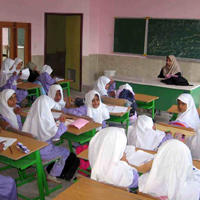 Waliur Rehman's comments, made to the Associated Press, came in a report released on Wednesday.

"Since [Barack] Obama [the US president] is also sending additional forces to Afghanistan, we sent thousands of our men there to fight Nato and American forces," Rehman said.

Rehman is a deputy to Hakimullah Mehsud, the leader of the Pakistani Taliban, and the man in charge of the group's operations in South Waziristan, Aljazeera.net reports.

A top Pakistani Taliban commander says he has sent thousands of insurgents to neighboring Afghanistan to rebuff incoming U.S. troops.

The claim comes as an army offensive has apparently pushed many of his fighters to flee their main redoubt.

Waliur Rehman told The Associated Press in an exclusive face to face interview Monday that the Pakistani Taliban are still waging a guerrilla war against the army in South Waziristan tribal region.

Access to the tribal belt is severely restricted. Spokesmen for the Pakistani army and the U.S. military could not immediately be reached for comment, The Associated Press reports.

It was also reported, the Taliban blew up a girls' school in Pakistan's Khyber district, where troops are fighting against militants in the tribal region bordering Afghanistan, an official said Wednesday.

Islamist militants opposed to co-education and subscribers to sharia law have destroyed hundreds of schools, mostly for girls, in northwest Pakistan in recent years.

The fabled Khyber tribal region is the main land bridge to neighbouring Afghanistan and the principle supply route for NATO troops fighting an eight-year Taliban insurgency across the border, AFP reports.