Late Monday in Pierce County two sheriff's officers were seriously wounded after they were "ambushed" while responding to a domestic-violence call, according to the Sheriff's Department. 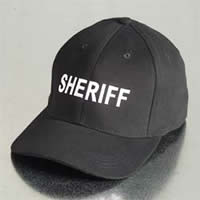 A deputy, shot multiple times, was in critical condition early Tuesday morning after being flown to Harborview Medical Center in Seattle. He was undergoing surgery, Troyer said.

A sergeant, a longtime veteran, was shot once and was in stable condition at Madigan Army Medical Center at Fort Lewis. He has spoken with investigators, according to a law-enforcement source, The Seattle Times reports.

“We don’t know the history of the residents of the house,” Troyer said, but detectives on the scene expected to determine that by morning.

“Domestic violence calls are dangerous, and you can only go by the best information that is given to you over the phone,” Troyer said.

“This is somebody that was lying in wait for our guys” and armed him himself with the intent of shooting them, Troyer said.

“There’s nothing we are going to be able to do about that when somebody is hiding and arming themselves and we have someone else inviting us into the residence,” he said, TheNewsTribune.com reports.

Meanwhile, it is not known why the deputies were targeted in the shooting, and the investigation is ongoing.

Troyer said both of the wounded men are married, and that their family members were being notified.

"Our department is so small we all know everybody. We're rounding up families and kids, and getting them to the hospitals," he said.

The shootings come just weeks after four Lakewood police officers were shot to death at a coffee shop in Parkland, Wash.