Silvio Berlusconi to Stay in Hospital until Tuesday

A government official said he expected the premier's protection to be tightened after an emergency meeting of security officials. 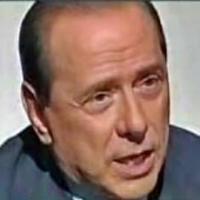 Silvio Berlusconi to Stay in Hospital until Tuesday

Berlusconi was rushed to the San Raffaele hospital in Milan with his face covered in blood after the attack in the northern Italian city Sunday afternoon.

Police first said it appeared the assailant had punched Berlusconi in the face while clutching a souvenir statue of Milan's Duomo, or gargoyled cathedral, which symbolizes the city. But state TV later showed a video, somewhat blurry, of what appeared to be the attacker's hand coming close to Berlusconi's face while holding the statue, then letting go of the object at the last minute as it hit the premier's face, The Associated Press reports.

It was also reported, t he medical bulletin released at midday on Monday said Mr Berlusconi was taking pain killers and antibiotics.

His nose is to be reset and he has been given stitches, though he will not need surgery.

Mr Berlusconi's doctor, Alberto Zangrillo, has said it could take a few weeks for the prime minister to fully recover.

"I found him shaken, embittered, as if he had been woken from a bad dream really disheartened," he was quoted as saying, BBC News reports.

Meanwhile, i t came at the end of a turbulent year for the three-time prime minister, who since April has been battling controversy in his private life and political and business affairs.

His wife, Veronica Lario, 53, is suing him for divorce, he has been accused of sleeping with a prostitute at his mansion in Rome. Mr Berlusconi has repeatedly denied paying for sexual favours.

In October Italy's highest court slapped down a law which gave him immunity from prosecution, reactivating two corruption trials.

Last week he was accused of having colluded with the mafia at the start of his political career in the early 1990s – allegations he angrily denied.

Mr Berlusconi is also trying to hold together the increasingly fractious members of his People of Freedom Party, most crucially faction leader and former fascist Gianfranco Fini, and the leader of the separatist Northern League, Umberto Bossi,Telegraph.co.uk reports.