Burglar to Face Trial for Invazion in Bloom's House

A judge ruled Tuesday that a teen accused of burglarizing the home of Orlando Bloom must stand trial. 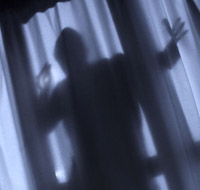 Burglar to Face Trial for Invazion in Bloom's House

Los Angeles Superior Court Judge Darrell Mavis made his ruling in the case of Alexis Neiers after a 90-minute preliminary hearing that included testimony by two police detectives.

Neiers, 18, is accused of being part of a group that targeted the homes of Bloom, Paris Hilton, Lindsay Lohan and other celebrities.

However, Neiers, who is filming a pilot for a reality television show, is accused only in the burglary at Bloom's house. She previously pleaded not guilty to the July break-in.

Four other people were accused of burglaries that prosecutors said netted $3 million in stolen goods. Their arraignments were scheduled for Wednesday.

In a short interview on cable network E!'s Web site, Neiers said she was eager to put the matter behind her.

"I just learned my lesson that I need to make some better friends and some better decisions as far as my friends go," she said.