Oil Rises on Fears of Ida 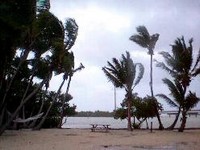 Oil Rises on Fears of Ida
Oil has gained around 70 percent so far this year but is still about 47 percent below the record high of above 147 hit in July last year , Reuters reports.

Meanwhile, t`he weather threat has perhaps generated some buying interest in the market, but "the risk (to oil production) from the hurricane is very small," said CWA Global Market analyst Toby Hassall.

He added the oil market will likely continue tracking currency movements and the general sentiment in the U.S. equity market as the U.S. economic data calendar is "fairly quiet in the first half of this week."

Given the recent cold weather, US distillate demand may show a "modest increase or even a temporary stabilization," Beutel said.

Refinery utilization is expected to continue to decline while crude oil stocks are likely to rise, he added, The Wall Street Journal reports.

It was also reported, Ida wasn't expected to pack the wallop seen in 2008 when hurricanes Gustav and Ike pelted the Gulf Coast back-to-back. There have been nine named storms this season, which ends Dec. 1. Ida is only the third hurricane to form, and neither of the others threatened land.

"We're used to tropical storms," said David Clements of Chalmette, La. "That's why we have a dome."

Earlier Sunday, Ida's wind and rain whipped palm trees in the Mexican resort city of Cancun. Fishermen tied their boats down, though tourists seemed to regard it as a minor setback.

"It's not what we expected," said Kathleen Weisser, a nurse from Fernley, Nev. "We wanted sun. Instead we have liquid sunshine," The Associated Press reports.