Michael Jackson to Be Buried after Two Months Since His Death

It's been nearly two months since Michael Jackson died of as-yet-unannounced causes at the age of 50. According to the New York Daily News , Jackson will finally be buried next week, on what would have been the pop star's 51st birthday, August 29. Quoting the singer's father, Joseph Jackson, the paper reported that Jackson will be buried at Los Angeles' Forest Lawn Cemetery in accordance with plans that were finalized over the past few days , MTV.com reports. 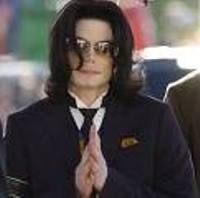 Michael Jackson to Be Buried after Two Months Since His Death

Last week, cemetery staff moved the corpse to a "cold room" in the basement of the nearby Freedom Mausoleum.

Once the body was secure, the gold casket was encased in Perspex to protect it from frost.

Katherine has visited Michael's body several times since it was moved, staying with her son until she is shaking with cold.

A source said: "She cries and says that she's sorry and that she loves him."

It is unclear when Michael's body will be permanently laid to rest , Stuff.co.nz reports.

"This situation will right itself, Cole said, "His legacy is hugely in demand and, with it, comes millions of dollars. The fans are demanding the products." , ABC News reports.