Canadian father charged with killing his daughter over not wearing hijab

A Canadian man was charged with killing his own daughter. They always quarreled about her not wearing a Muslim head scarf.

Canadian father charged with killing his daughter over not

Aqsa Parvez, 16, of Mississauga, Ontario, was rushed to hospital in critical condition Monday after a man made an emergency call in which he claimed to have killed his daughter, police said. She died late Monday night.

The emergency call "came in from the father saying he had killed his daughter," police spokesman Wayne Patterson said. "Police arrived and rushed her to hospital and she passed away."

Patterson said they are working at determining the motive and refused to confirm it was over the head scarf. 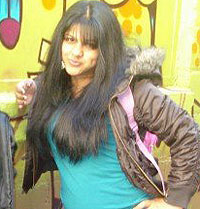 "She didn't want to go home ... to the point where she actually wanted to go to shelters," classmate Ashley Garbutt, 16, told the Toronto Star.

"I don't want the public to think that this is really an Islamic issue or an immigrant issue," said Mohamed Elmasry of the Canadian Islamic Congress. "It is a teenager issue."

Neither man has entered a plea yet.

Patterson said he did not know if the man had a lawyer yet.