Italian man robbed in Hong Kong after night with woman

Police were investigating on Thursday whether an Italian man was drugged and robbed in his Hong Kong hotel room by a woman he had just met. 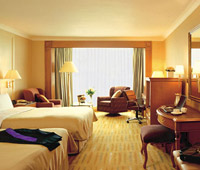 Italian man robbed in Hong Kong after night with woman

The case comes two weeks after two American businessmen were found dead in their room at Hong Kong's five-star Grand Hyatt hotel, after they met women at a nightclub in the red-light Wan Chai district and brought them to the hotel.

Police were awaiting toxicology results to find out what caused the men's deaths, and have not ruled out the possibility they were drugged.

A friend found the 56-year-old Italian, identified only by his first name, Xueres, on Thursday morning after he returned to the hotel the night before with a woman he had just met, police said. He told police he had eaten food the woman gave him.

"The victim said the woman is a newly acquainted friend. She is about 25 years old," a police spokeswoman said, requesting anonymity because of policy.

He complained of feeling ill and was sent to a hospital, the spokeswoman said. Police were investigating whether he had been drugged.

Police have recently received a rash of reports of men going to Wan Chai nightclubs, then waking up the next morning to find they have been robbed and have no recollection of what happened.

At least 44 men have reported such incidents in the last three years, according to police.

Although prostitution is legal in Hong Kong, it was unclear whether the women in the cases are believed to have been sex workers. Many of them in Hong Kong are illegal immigrants from places including mainland China, the Philippines, Indonesia and Thailand.