Iconic monument to be removed from Moscow's Red Square

The State Historical Museum and the Russian Historical Society announced the all-Russian campaign to raise funds to restore the monument to Kuzma Minin and Prince Dmitry Pozharsky. The iconic monument, commonly known as Monument to Minin and Pozharsky, stands in front of the St. Bazil's Cathedral on Moscow's Red Square. 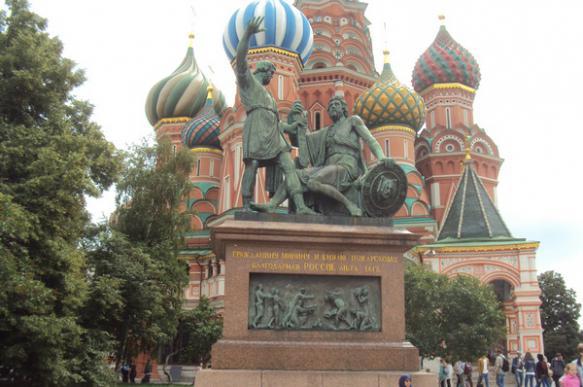 The monument was the first sculptural piece that was erected in Moscow on Red Square 200 years ago in honour of the victory of the Russian militia over foreign interventionists in 1612.

On February 20, 1818 in a solemn atmosphere, Emperor Alexander I and members of the imperial family unveiled the Monument to Minin and Pozharsky on Red Square. In the summer of 1931, the monument became a hindrance to demonstrations and parades, so it was moved from its historical site, from opposite the Upper trading rows, to the facade of the Intercession Cathedral. During this movement, the structure of the monument was damaged.

In late 2016, the maintenance of the monument was delivered to the State Historical Museum. Experts examined the monument and came to conclusion that it required serious restoration is required. The works were preliminary evaluated at 46 million rubles.

Within a year, the sculptural group will be dismantled from the pedestal on Red Square to be  transported to workshops, where the sculptures and the bas-reliefs of the monument will be restored.