A treasure of copper coins and part of wooden pavement of the XVIII century has been found on the Boulevard Ring in Moscow. Preparatory work for redevelopment under My Street project helped archeologists of the capital to find dozens of personal objects as well as remnants of the city infrastructure. 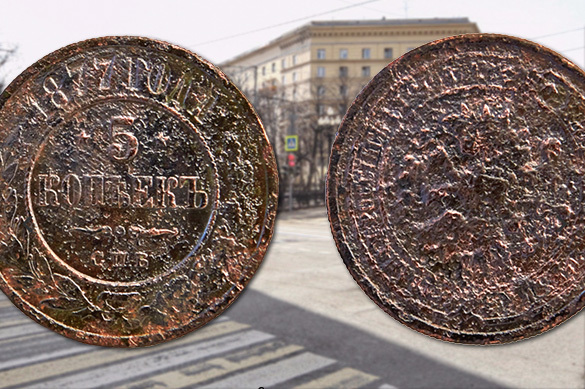 The age is of 100-500 years. Everything was found on the Boulevard Ring while preparing trenches for further communications. There were found parts of the drainage systems, tram lines, as well as utility, and smaller household items.

Remnants of the wooden pavement of the XVIII century were found on the Strastnoy Boulevard.

On the Petrovskiy one a treasure of 12 copper coins of the XVIII century has been found. Archeologists note that it resembles greatly that which was found last year in the Voznesensky Lane. Coins were in a sack or a wallet which decayed. Most probably, money was hidden for some everyday spendings. Such coppers were used at the time when Catherine the Great and Paul I ruled.

Parts of two headstones of almost 500 years old were found on the Pokrovskiy Boulevard. A picture on one of them depicts a cross on the Gagulta Mount.

Numerous small household items such as crockery, shoes and dresses people used some centuries ago have also been found on the Boulevards. Artefacts include a harp, fire striker, ceramic pipes, as well as metallic buttons, heelplates, leaden bullets and crosses. Most of them date back to the XVI-XIX centuries.