An Australian woman has been isolated in the Royal Brisbane Women's Hospital after reporting symptoms compatible with Ebola Virus Disease, after returning from the Republic of Guinea. What a difference in the treatment of patients, when compared with the draconian measures adopted in the USA. 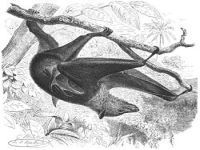 The woman, 18, who is not a healthcare worker, travelled to Australia with eight family members, arriving eleven days ago and following a regime of home quarantine. She is being held in an isolation unit after reporting a slight fever, which has since subsided. The Australian authorities were informed in advance of the travel plans, and met the family at the airport and took them to the home quarantine facility. There are five families under home quarantine in Brisbane after arriving from West Africa.

In the United States of America, where there have been four cases, the approach has been harshly criticized by nurse Kaci Hickox, who returned from West Africa after treating EVD patients. She described her ordeal after being taken to a hospital under police escort on arriving at the airport as a "frenzy of disorganization" after her return on Friday from Sierra Leone.

Ms. Hickox said that the way she was treated could potentially deter other much-needed healthcare workers from going to West Africa to help. The States of Illinois, New Jersey and New York have imposed strict quarantine rules for those returning from the affected area who have been in contact with EVD patients.

The stricter measures were imposed in the USA after criticism at the way the crisis was handled in Dallas, where two nurses became infected while treating Thomas Eric Duncan, who died and after Dr. Craig Spencer tested positive for EVD when he returned from the Republic of Guinea, also last week. He is being treated in isolation in Bellevue Hospital, New York.

Almost 5,000 of the ten thousand infected with the virus in the current outbreak have died. The first case has been registered in Mali, where a two-year-old girl died, while Nigeria has declared itself free of the virus, centred on the Republic of Guinea, Liberia and Sierra Leone.